Paula Deen at the bottom of the "Food Chain"?

Paula Deen is trying to bring a new syndicated game show to America called "Food Chain". Partnered with Zodiak USA. Food Chain is based on the popular Italian game Cuochi e Fiamme which returns for a fourth series in 2012 on network LA7. Each episode sees two amateur chefs compete against each other as they attempt to cook four dishes. In the meantime:


Source: BuzzerBlog
Posted by Robert Truskey at 11:30 AM No comments: 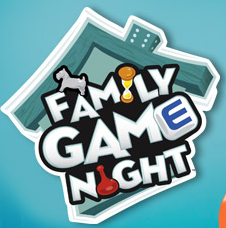 It's Father's Day, and not much going on and I haven't even covered this yet. There were rumors about the cancellation of Family Game Night, which were false. BuzzerBlog's Alex Davis had it confirmed it was a goner and it was a last minute decision to bring it back. However, The Hub did have a press release saying it is coming back. So, that should make people happy who are fans of the show. Here's the casting call for season 3.

Alex Davis: For whatever it's worth this was a last minute decision. I had it confirmed it was a goner. I was sent an email from a source on April 14th saying Hasbro went back and were, "attempts underway to save the show from a lot of different angles," and "Right now, nothing is certain either way." I was asked to keep quiet about it, though.

Price is Right executive producer and Beauty and the Geek host Mike Richards is going to host GSN's "The Pyramid".

“We are thrilled to have found a talent in Mike Richards, who not only has great hosting ability, but whose vast producing experience makes him an expert in all that is game show,” said Amy Introcaso-Davis, Executive Vice President of Programming and Development, GSN. “We feel Mike is the perfect choice to carry on the tradition of THE PYRAMID, one of America’s most beloved television franchises.”

“I am honored to join the GSN family as host of THE PYRAMID,” said Richards. “I was fortunate to work alongside Dick Clark for many years. Not only was he one of the most respected game show hosts of all time, but he served as my mentor and it’s an honor to follow in his footsteps. This is an iconic game show that I grew up watching. I’m looking forward to introducing viewers to this fresh new version.”

Read more »
Posted by Robert Truskey at 7:34 PM No comments:

We start off with The American Bible Challenge and Beat The Chefs coming sometime in August 2012. War of the Rose Sisters had a casting call. Not real sure if it's still going but, Click Here for the Info.

Also, The week of June 11 GSN is making some schedule changes. They already made some earlier, so I will mention those as well.

Read more »
Posted by Robert Truskey at 8:37 PM No comments:

I say, you can't predict who the host will be on these game shows. It's impossible most of the time. It's a miracle if someone actually guesses right. But very rare. It can annoy me when people keep guessing who hosts a game show. People just sit all day and try to think of names it seems.

Donny Osmond wasn't necessarily a bad host. I doubt GSN would get him but, it is a thought. Donny Osmond would be my only choice. No one else. I know I'd be wrong but, that's my ONLY guess. Not like other people who can guess all day long.

Posted by Robert Truskey at 12:00 PM No comments: 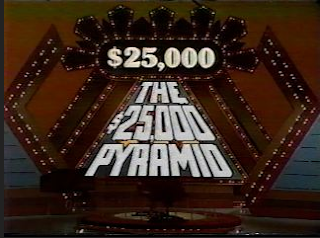 There's discussion going on the GSN Forums about The $25,000 Pyramid. Currently, GSN is running Donny Osmond's Pyramid at 10:30am ET. I find this ridiculous that GSN is doing this with Pyramid. Dick Clark's version is a classic and I would hate to see it go.

Right now, however, according to the GSN Online schedule, it lists The $25,000 Pyramid again on Friday from 7pm - 11pm ET. I have a gut feeling it will change. I've been wrong but this is riduclous the games GSN is playing with us. They are so unorganized and the network is run by monkeys who don't know what to do.

I am a little mad Donny's Pyramid is still on at 10:30am. It may be from 2002 but I still wouldn't consider it "classic" in this day in age still. Dick Clark just died and I feel this is disrespectful. How come GSN can't be a little more like TV Land. A network devoted to mostly classic shows and they still air shows  that people have passed away who starred on those shows. M*A*S*H, for example. Harry Morgan died in December. Some people mentioned TV Land in that thread to. I agree with them.

I made a schedule on the GSN boards this past weekend with no classics, though. It looked decent but, as long as the schedule looks decent, I don't have a problem with it. If you want to read stuff in that thread, CLICK HERE.


Posted by Robert Truskey at 10:24 AM No comments: 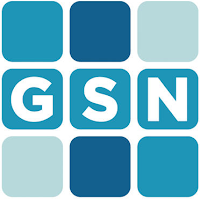 Here's part 2 of my little weekend series how GSN needs to improve the weekends. I think if GSN started their programming at 6:00am ET, that would give time for some trivia classic shows because, those shows I wouldn't air during the day. One reason, trivia games from like the 60's, 70's and 80's, the problem with them is the questions are outdated.

Read more »
Posted by Robert Truskey at 9:30 AM No comments:

Playlist (Note some songs MAY or MAY NOT work)